As we wove our way through the curves and twist of the wintery roads inhabiting the Smokey Mountains, a friend and I did what anyone that prefers embracing life extraordinary over life ordinary would. We put Miracle’s top down (she’s my car. yes I named my car) and cranked the heater up all the way. Although we are daring, we are also both rather cold natured.
The drive had been spectacular. We had chances to stop and pluck icicles off the sides of mountains and throw them like spears into the ravens below, to turn strangers into friends, to wander through the nooks and crannies of a small mountain town looking for hidden treasure (Yes I did feel like a pirate, a good one. We found the treasure.). We had won the day and were on the last of the mountain roads that would lead us to the highway and home that afternoon. That’s when the unusual happened.
Forty minutes into our drive we came around an almost blind corner to a complete stop. Cars were doing three-point turns and heading back towards us, as well as a line of cars stretched around the next curve into oblivion. These car lines met in the middle where a group of people had gathered around a spot in the road.
My friend was the first to notice the car that had gone off the road and fallen fifteen feet into the river below. It had found a resting place upside down clinging to a rock in one of the rapids.
Not long after we arrived the group of people began to dissipate, and we got a glimpse of their center. We had our first glimpse of the thing that had drawn them all together that afternoon.

If you want your life to turn into a great story,  it can be as simple as not turning the car around.

Living an extraordinary life begins by accepting the invitation when it’s in front of you.

In an almost inaudible voice, my friend said, “That’s a dead body.”
We left Miracle with her hazard lights flashing as a warning to anyone passing through, and we went to be ministers. While there I learned a couple of significant things. One of them is rather simple really.
If you want your life to turn into a great story, it can be as simple as not turning the car around. If you’re going to serve God and live an extraordinary life, it begins by accepting the invitation when it is in front of you.
It would have been easy for us to have taken a pass on this adventure and gone about our journey home. I had a Bible Study to be at, and my friend was eager to return to the comforts of his home. Let us not forget how awkward and weird it feels to walk up to the scene of an accident scene you didn’t witness.
We could have said a quick prayer for the people involved from inside our car, giving the nod to our spiritual duties, and then continued on.
I look back at life sometimes and wonder how often have I had a chance to be in the midst of hurting people and effectively turned the car around. If what James (the Bible Book) says is true (and I believe it is) then part of having a pure and undefiled religion is to be with people in distress. Not to just think good thoughts for them and go about our day. We are to truly interact with those that need the comfort of Christ in their lives.
Some days schedules, fears, feelings, complacency, and comfort get in our way of truly loving those around us. My prayer for you as this year unfolds is that you will embrace every opportunity God gives you to be engaged with someone around you. After all, Love came to us. It’s time we put lesser obligations and our own opinions on the back burner and took Love to the distressed in this world.
Every story has a genre. Every day we make a decision about what our style will be. Are we an adventure, a romance, a textbook? How do the choices we make affect our story? Which genre is your story today?
We would love to hear from you. Drop a comment and let us know. 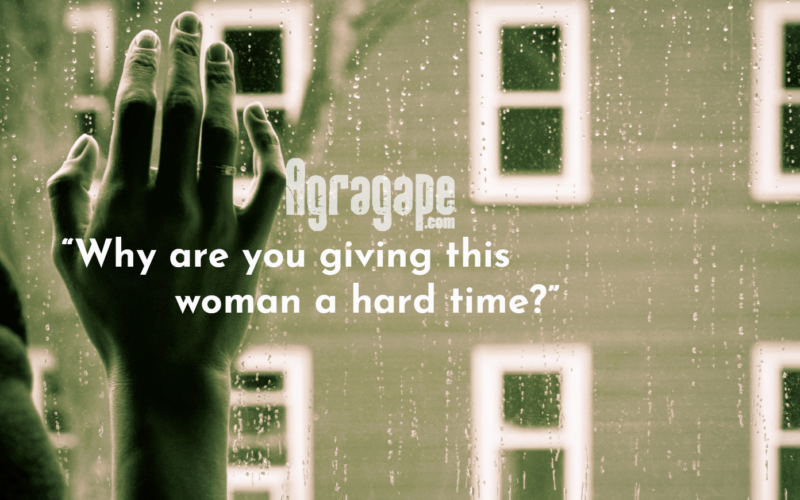 The most crucial part of someone’s legacy may require a second look and an open mind. 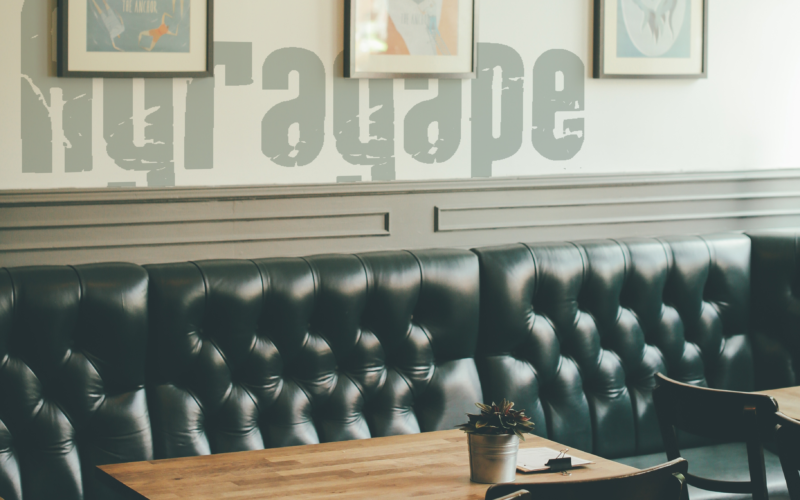 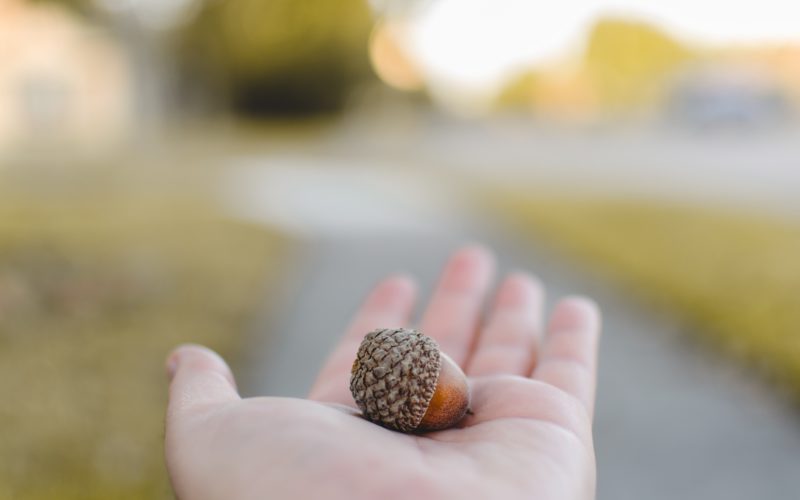 Acorns in the parking lot.